Hiking the Walls of Jerusalem Circuit

Do you remember your first multi-day bushwalk? Was it somewhere that touched your soul and drew you back?

I can remember feeling like I’d walked into Willy Wonka’s factory, jaw dropping and astounded by everlasting gobstopping views. I couldn’t believe that a place as beautiful as this existed.

That place, was the Walls of Jerusalem and it was January 1999.

Return to the Walls of Jerusalem

With memories that still play out like photos, I was ecstatic at the prospect of heading back there. Although much has changed in my bush experience since then, I was delighted to be heading back with someone who felt like an old friend, guides from Tasmanian Expeditions. These guys the first to start commercial walking trips on the Overland Track in 1968, as well as taking the first commercial rafting trips down the Franklin River in the 70s.

The trip was scheduled for the end of March and being so close to the end of the Tassie walking season (Oct-Mar), I wondered what the temps were going to be like. Having experienced snow and horizontal sleet on the Overland track in Dec-Jan, I was prepared for anything.

As it would turn out, the cool, crisp nights and mornings with paper thin ice on the lakes, brought skies so dense with blue and warmth at noon that we allowed ourselves swimming… every day.

The lesser known cousin of the Overland Track

In some ways, The Overland Track is something of a sister (or maybe cousin) to its lesser known relative to the east. But along with its pristine views, crystal mountain tarns and isolation, they much in common… except the crowds. It’s not like some big secret that I’m letting out of the bag, people have been going there for years, but thankfully, much of the traffic has kept to the Overland, where the promise of huts and toilets can lure even the daintiest prince and princess away from five star luxury.

It’s because of this lack of resources such as trailhead infrastructure, huts, toilets, camping platforms and marketing that leads the Walls to have significantly less human traffic. Which makes it paradise for me!

We kicked off introductions to each other at the mandatory gear check and briefing the day before. This kind of attention to detail impressed me.

The Wilderness areas we’d be visiting can suffer such extremes and unpredictable changes in weather, that to have anyone out there without the correct gear, could be extremely serious… trust me, they’ve had someone turn up with a plastic poncho!! (#ohnoponcho)

On the drive in we caught signs of the bushfires that rolled through here in 2015. Sadly, there are ancient trees and plants in that area that will never recover and are lost forever. For us though, the worst of the fires were south west of where we’re heading, with the damage avoiding the magical Central Walls.

Pulling into the carpark at the base of the Trappers Hut trackhead, memories of 1999 came flooding back. We hauled on our packs (15-18kgs) and made the slow plod up to Trappers Hut and morning tea. Apart from short, pinchy side trips, this 400m ascent is the only serious one for the whole trip and it was great to have our guides set a good pace, one that everyone was comfortable with. My pack felt unusually heavy for me, but given the incredible food that our guides were going to prepare for us over the coming week (for which we all shared the load), I didn’t mind one bit.

With temps reaching 23, we were all excited at the prospect of cooling off in one of Solomon’s Jewels, a series of pools that decorate the plateau region.

Glinting enticingly we slid into what can only be described as King Solomon’s Court Jester, for 30cm below the surface, we slid and slipped into the slimy embrace of mud. Comedy ensued, helping break the ice with strangers and together we ticked off swim one, day one.

Onwards to camp at the Wild Dogs Campsite, with great facilities provided by Tasmanian Parks and Wildlife Service, including tent platforms and fly in fly out toilet, running water taps and an elevated position over the valley. Absolutely perfect for watching sunset and satellites.

Taking things a bit easier after the full packs yesterday, we headed off with only light day packs and of course, swimming cosies, for day two of exploring. The luxury of two nights in one spot, allowed us to spend a full day nestled in the embrace of the Wild Dog Creek Valley, before entering through into the sanctuary of the Central Walls.

Stretching our legs and spreading out across button grass plains, we visited the magical Solitary Man’s Hut, holding stories and secrets of a 1983 Vietnam Vet who built himself the hut (without Parks permission), seeking peace and solitude. He spent about 18 months living a quiet life, swimming in Tiger Lake (as we did), popping back to town for supplies, but generally, living apart.

History in the Walls of Jerusalem National Park

The Walls of Jerusalem is home to many more than just Trappers Hut (Day 1) and Solitary Man Hut (Day 2). If you’re a fan of pioneering huts and the stories of families who etched out a tough living, in a tough land, then you’ll have another reason to love the Walls. Dixons Hut is one of those that has a postcard familiarity to it and was a perfect lunch spot on Day 3 and allowed us to catch up on history with interpretive signage inside.

For those of us who wanted to really stretch our legs and embrace the incredible weather, we ended with an optional scramble up King Davids Peak. Scrambling and rock hopping and breathing with the unwordable reward of 360 degree views from the top to see all the way to the Overland Track and beyond.

If King Davids Peak is the entree at the entrance to Herods Gate, then the following day would be the main course of the  stunning and epic peaks of King Solomons Throne and Mt Jerusalem.

Using the word ‘peak’ can sometimes infer that they’re somehow unattainable and only the domain of experienced mountaineers and rock climbers. However, the teams at TasParks have done incredible jobs of creating walkable paths and rock steps, that puts the incredible sense of achievement of a climb, in the grasp of any walker with good fitness.

The narrow slot chimney, that’s a feature of King Solomons Throne, is my favourite and the Pool of Bethesda is one of those places where time stands still. Leaving there was very hard.

Now it’s probably at this point that you’re thinking, ‘There’s a whole lot of biblical references going on here.’ The rather epic like nomenclature was from surveyor James Scott and passionate bushwalker, Reg Hall. James chose the name ‘Walls of Jerusalem’ in 1849 and, well, he kinda started something that caught on and if you’ve been to old city Jerusalem and then visit WoJ, you’ll get it.

After a couple of days cosied into the these walls, there’s a feeling of being suddenly purged from the belly of the Walls and out into the surrounds of Lake Ball. A giant silver swathe, cut low to the valley, reflected the now greying skies and prophesied the first rain of our trip.

By the time we reach Lake Ball, Nothofagus gannii is the carpet, the wallpaper and in sections of overgrown track, where wildness reaches out to smother you, the ceiling.

Green for now, with the teasing hints of one or two hidden yellows, all looks living, for now. But within weeks the Walls will herald a display to rival Japanese cherry blossoms with vibrance and change. Our very own Aussie deciduous beech. There’s no feeling of missing out on endemic autumn colours down here – in Tassie, we are blessed with an explosion of amber hued rainbows.

Mountain tarns and their icy delights

Day by day, we continue our baptismal ritual, sinking down to refresh on warmer days and quick dips for cleansing on others. It appears that we’re losing our inhibitions with each other, forming friendships with much laughter, and before we know it, our swimming costumes. If you’ve never tried naked swimming in nature, put it on your bucket list. An incredible sense of freedom and connection!

The southern end of Lake Adelaide marks one of the crossover routes that can link the Walls of Jerusalem with the Overland Track. It’s at this point that we pivot and turn north once again to head around and begin to close our circuit.

With gentle undulating single track, often root covered (Nothofagus is sometimes called Tanglefoot) or better, knee deep mud, we move in a style unhindered by modern life. Easy conversation, bouyed by good weather and the ever changing gallery display of nature’s artworks are forming new memories. Memories on top of my 1999 trip are more vivid and true.

Our last evening (and swim) is held by lesser visited Stretcher Lake. A shallow hollow, with terraced flat areas for our tents, creates an amphitheatre, where our memories and conversations are staged as the sun goes down. The performance nearly over, it is left to sunrise, through our first misty morning, for encore, where nature’s exhibition has held us star-struck and dumb for six days, to render us speechless, yet again.

Leaving the Walls behind us, as we drive towards the famous Mole Creek pub, with it’s eclectic collection of Tasmanian Tiger memorabilia, I’m convinced that it will not be my last visit.

Published on December 16, 2017 in Adventures 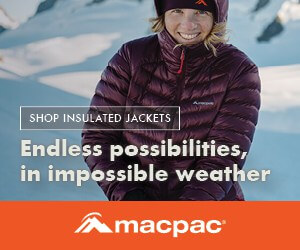