1 simple thing that could save your life when hiking

Let’s get philosophical for a minute.

It’s a foundational question for the bigger picture of our lives, but it’s also a critical foundation for our outdoors adventures as well.

I know it sounds kind of basic, like hiking 101, and some of you might be forgiven for thinking that it’s something you can skip or don’t need to worry about because you carry a PLB or Tracker, or maybe you’ve just decided to do a last minute trip and forgotten about it.

But if there’s one piece of advice that I can offer, it’s this… don’t forget to tell someone reliable where you’re going… in detail.

Officially, in search and rescue land, we call it Trip Intentions and there’s various ways of going about sharing them, but the great news is that it doesn’t have to be time consuming or a pain in the neck. It’s possibly the single most important thing that could save your life if things go belly-up in the bush.

Can you imagine how frustrating it is for Police and volunteers when they receive news that someone hasn’t returned from a hike, but didn’t tell anyone where they were going… specifically? Sadly, there are cases that are still fresh in my mind where people have said they’re going to a particular National Park or trail head, but that’s all. Some of these people have never come home.

I’ve recently been testing out a new App called Cairn. It is a very simplistic way of sharing very basic details with a nominated person, as well as tracking mobile phone coverage along tracks in the bush.

Essentially, you’re helping gather mobile phone coverage data from all around the world, whilst also sending an email to someone to let them know your plans. It’s pretty light on for info on areas outside of the US at the moment, but as interest builds, so too will the amount of info. This info could be useful if you are somewhere in the bush and need to find the nearest point that may have coverage.

You can see the blue dots on this screengrab, which show the positive pings that my phone made whilst walking down in the Jamison Valley, on the Federal Pass walking track. The app is set to check for coverage every 3 minutes, but you can change this to try and save battery.

Although the app has a nice interface and looks sexy, I believe it unfortunately pulls up short in a few ways.

It’s certainly a good resource and I’ve found it to be handy, but I think there is a much better solution.

Blue Mountains Police Rescue, in partnership with National Parks, have been testing an online trip intentions form for the last few months in both the Snowy Mountains and Blue Mountains regions of NSW. I’ve been a fan of the TREK program for ages and this is another great initiative linked to that.

Essentially, this is an online form, where the onus and responsibility is put firmly back in the hands of the people entering the bush and their nominated contact.

Where the Cairn app fails, by not providing the, “OK, they’ve not returned – now what?”, advice to the contact, this new online form sends an email to the nominated person with all the information needed by police AND the steps that the contact needs to do, if the hiker doesn’t return.

It’s simple to use and makes good sense.

They’re gathering feedback on the tool at the moment, so if you’re heading out into the bush in either the Snowies (especially for a backcountry snow trip!) or the Bluey’s, pop into the local Parks Visitors Centres or Police Stations to have your say.

Q: Have you used this form as part of the trial? What were your thoughts? 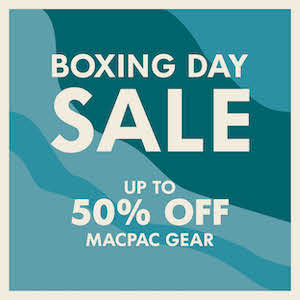 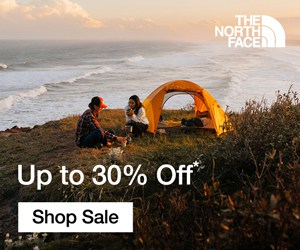 When torn between two Merrells no-one is a fool