Why should I CARE Australia?

Why should I CARE Australia?

If you’re one of the fabulous followers* over on the Lotsafreshair Facebook page, you’ll know that I’ve been quite busy lately as new opportunities emerge like speaking at conferences (would you believe there’s 3 in August?!!!) and other amazing partnerships develop.

But one of the collaborations that I am most excited (and humbled) about, is being asked to become a CARE Australia online ambassador.

Although CARE Australia has been around since 1987 (and 1945 in the USA, where they started to help folk in Europe impacted by WW2), I first became really interested in their tireless humanitarian work when I took part in their Walk in Her Shoes challenge earlier this year.

I find it incredibly hard to understand how anyone living in the first world, can not spare a few moments and dollars to look outside their world and be part of the solution to major issues of human heartache, the levels of which, (as I look up from my skinny flat white I’ve just bought at the local mall) I can’t even imagine.

As our lives are easy (in comparison) to so many, the great news is that it is even easier to help.

When it comes to choosing a charity to get involved with, I think it’s important to find one that resonates with issues that make sense to you and that you have a connection with. CARE Australia have many projects that focus on girls, their education, health and welfare, which is something I feel passionate about. As a small business owner myself, I know how empowering it can be to be in control of one’s finances, without relying on anyone else.

When one woman escapes poverty, she’ll bring four other people with her.

So this month, I’d love to introduce you to Amina. *Yes, yes, you know that this isn’t her real name, it’s been changed to protect her identity, but it is her real story, told in her words.

“I want to write about child marriage. Some of my friends, who are as old as I am, married in Zaatari or Azraq [refugee camps in Jordan]. I told them that they should continue to go to school; that they are too young to get married. But they did not listen. I wish that other girls read what I write and think twice about their choices. When you flee, you have to leave everything behind. But what you have learnt, what is in your head, no one can take from you.”

Amina is one of the 4M – yes, that’s 4,000,000 people (75% of which are women and children) who have left everything they know behind – home, future, education and friends – to flee the terrorists in Syria and escape to the surrounding countries of Jordan, Lebanon, Turkey and Egypt, where she is now living in a refugee camp. Can you imagine millions of Aussies escaping across the Tasman to suddenly live in New Zealand? Two out of three of these people are living in poverty. But it’s not just about the physical needs of food and housing. There has been a massive increase in young girls being married off by their families, as the parents and elders often believe that this is a good way to help protect their daughters and their honour, amidst the turmoil of all that they’re going through.

Amina is wanting to encourage other young girls in the refugee camps to focus on their education and future. To help their families see that there is another way (other than getting married) to bring about the stability that they have lost, by leaving their lives behind at home in Syria.

CARE have released a report on child marriage in emergencies, where it found that between 2011-14, the number of marriages in Syrian refugee populations in Jordan involving a girl aged 15-17 has tripled. And, notes that girls under the age of 15 are five times more likely to die during childbirth than women in their 20s.

Pretty grim stuff and (as I finish my flat white and prepare to pop over to Woollies for some groceries) hard to imagine in the peace and stability that we enjoy in Australia… but the great thing is that you and me CAN be part of the solution.

*Oh and I’d LOVE if you could come and ‘like’ the Lotsafreshair FB page too! 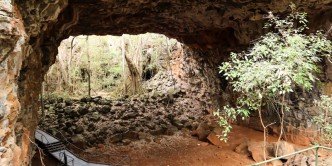