Wilderness Camping Etiquette or How to win friends in the bush! (The Official List)

I remember when I went on my first trip with the Sydney Bushwalkers Club, (an adventure down the full length of Ettrema Creek from Bullfrog Creek to Coolendel in 4 days… um,

make that 5) I was so exhausted upon reaching camp on the first night, that my only thought was being horizontal. If someone had mentioned ‘jobs’ or ‘chores’ to me, I would’ve used a few choice four letter words in their direction before promptly falling asleep.

It was only after I settled into the routine of the first couple of days that I realised there’s a bit to do at camp when you arrive and it’s so much easier and quicker if everyone pitches in – essentially camping etiquette. (Remember: I was still pretty clueless – think “cauliflower” episode).

So here’s the top 5 things I discovered that need to be done (in order) when you get to camp: [or here’s 5 reasons for your fellow campers to get pissed off with you if you simply put up your own tent and disappear inside.]

So that’s the ‘official’ tips on etiquette during setup at camp, checkout the ‘unofficial’ list (coming soon!). 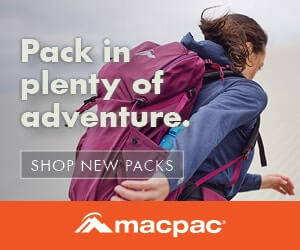